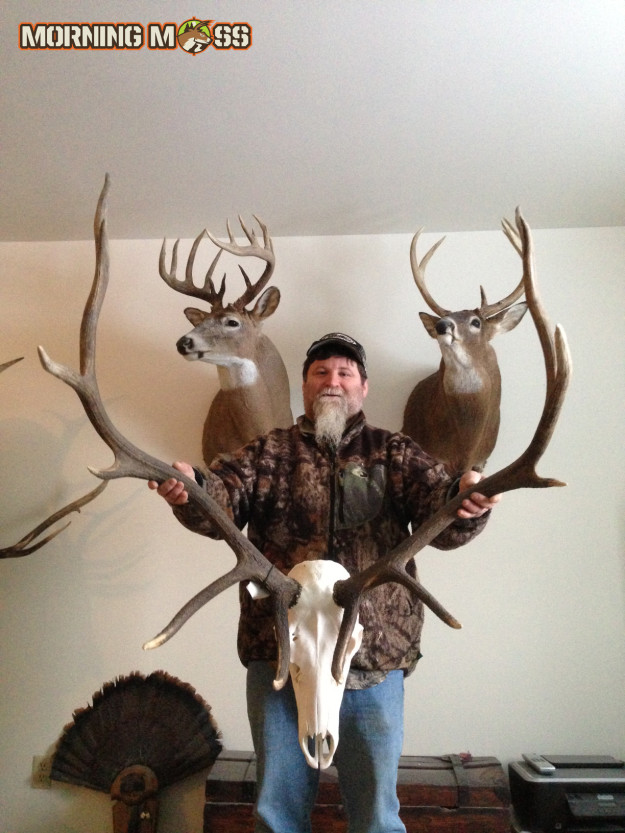 This MorningMoss user by the name of Jimbo submitted his mounts of a few of his trophies from just the past 2 years. Keep up the good work!

Reader and fan- Jimbo is showing off a few of his mounts from trophies that he’s managed to tag in the last two seasons. Since Jim grew out the amazing beard that he has going on, he’s tagged two giant Bulls Colorado with a bow, 3 magnificent white-tailed bucks over the age of 5 and several mature Tom turkeys in Wisconsin. He says that he wouldn’t cut the beard off for anything, and we think that’s a good idea.