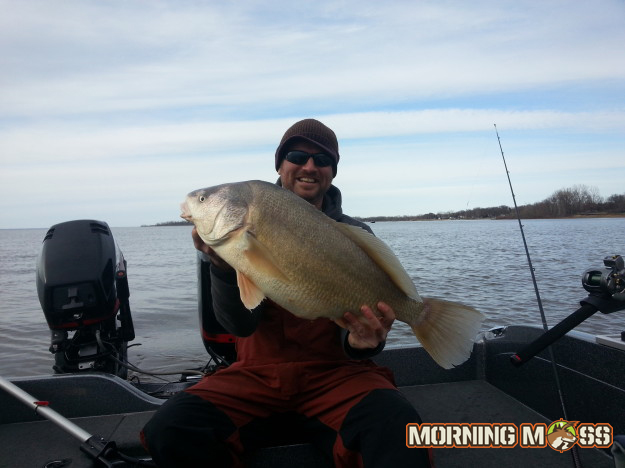 Jeff Heim caught this giant sheepshead in the Bay of Green Bay this spring. It was his first fish of the season in the bay.

Jeff Heim hauled in a monster for his first fish of the season in the Bay of Green Bay, it just so happened it was a Sheepshead. While Jeff may have been targeting other game fish, this huge sheepshead is something to be proud of. Jeff was fishing out of the lower bay in the Bay of Green Bay, which has a reputation for turning out some monster fish and is a great fishing spot.

Jeff estimates the fish to be about 15 pounds and said that it was easily the largest sheepshead that he has ever caught. As you can see in the photo, he’s not stretching his arms out, this fish is the real deal.

Congratulations to Jeff on the nice fish and hopefully he’ll be able to land a few more this season, he’s off to a great start.

Make sure you send us your fishing and hunting photos and we’ll post them up on the site.