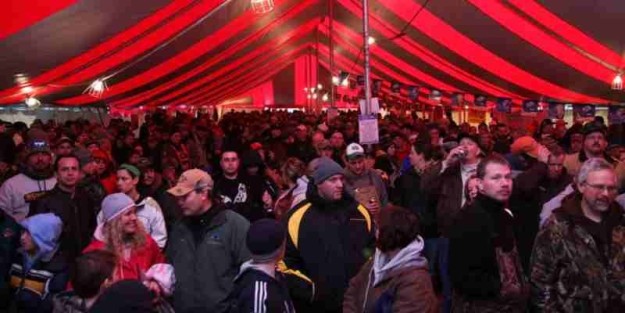 The 2015 Battle on Bago ice fishing tournament is held on February 27th and 28th in Oshkosh, WI

In less than a month thousands of fishermen will head to Oshkosh, Wisconsin on the state’s largest lake to fish the Midwest’s largest ice fishing tournament. Battle on ‘Bago is one of the best family and fishing events of the year. With live music, raffles, a fish fry and many other activities, there will be something for everyone to do here. Not only is this a premier fishing tournament, but it’s also all done for a great cause, to benefit kids and conservation.

There are over $250,000 in prizes for fishing for the Battle on Bago fishermen. 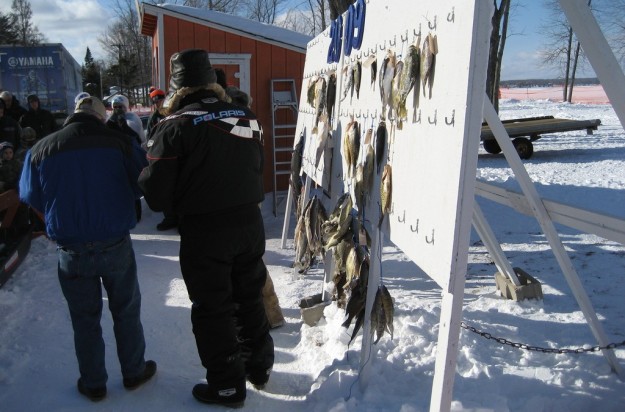 Contestants can register fish at Menominee Park in Oshkosh, WI

The Battle on Bago fishing tournament was started back in 2007 by a group of five Oshkosh Southwestern Rotarians. They had the goal of helping to support youth and conservation efforts throughout the state of Wisconsin. Today, this tournament is bigger than ever and has generated net proceeds of half a million dollars to fund these programs. 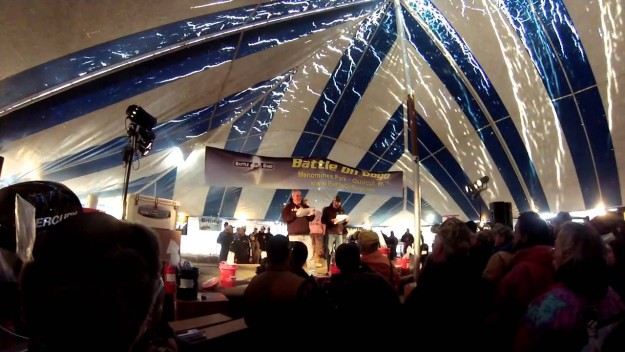 There is also a raffle that has more great prizes such as ATVs, cash, golf carts, ice augers and more. See the full list here.

If you’re not into fishing, there is still plenty to do at the Battle on Bago. The tent set up at the tournament headquarters is located on Miller’s Bay in Menominee Park, Oshkosh. Directions to the park can be found here.  There you will find music, great food and drinks and tons of amazing raffle prizes. The band “Road Trip” is playing on Friday night at 7 p.m. On Saturday at at 4 p.m. the fishing prizes will be announced by none other than John Gillespie. The full event schedule is available on the Battle on Bago website.

Don’t miss this great opportunity to check out an event that’s fun and helps benefit the youth in our state. If you need ice fishing gear, head over to The Reel Shot in Oshkosh or Apppleton. There you can get all your ice fishing gear that you’ll need and they have some incredible sales for this tournament. You can also order online and get it shipped right to your door before the tournament and they have the hottest baits on Lake Winnebago right now.

Good luck fishermen and families and hopefully you’ll get a chance to support this great cause.