What to do the First Week of Archery Deer Season? 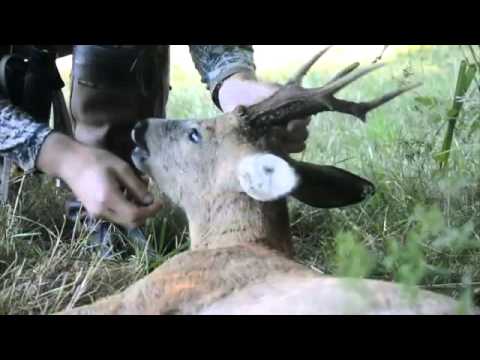 Early season bow hunting can be tough, but the first week can dictate how your season will go.

In Wisconsin, the first week of bow season for deer is just about here. Out West, it’s been going on for a few weeks but for most of the Midwest and the Eastern states, it’s coming in October. Wherever you lie on this spectrum of when archery season hunts, there are some things that you can do in the first week to not mess up your entire hunting season. Learn what to do in the first week of archery deer season to start your season off on a high note.

Do you Have One Scouted?

Have you put some time in scouting this summer? Hopefully so, and if you have a big one spotted on a daylight pattern, then now is the time to go after it… when the conditions are right. Early season deer will stick to their patterns until A. food sources change or B. they know they’re being hunted. Take advantage of the deer being on their patterns when you can hunt that buck with the right wind direction and you may be tagging out early this year.

As soon as you apply pressure to deer, especially big bucks, they will start to react and could go more nocturnal. Early season success depends upon patterning deer and ambushing them in these patterns, so if you can get to them early, do it.

No Buck Patterned? Take it Easy

The quickest way to screw up your best stands or spots is to hunt them too early when you don’t know if the deer are in there. It’s much better to sit back and wait, rather than go in after deer too early in the year and risk blowing your best spots. If you are hunting public land or a heavily pressured area, then it’s best to sit back and watch deer from an observation stand or on a field edge to find out the best places to ambush them. Gather information and figure out what you need to do to get on a buck, or wait until the rut starts to go heavily trafficked areas.

The opening week of the season is exciting. It can give you a great hunting opportunity, but it can also blow your season. Be smart about where you hunt and when and you could be in for a big buck, but if not, you could blow them into the next county.