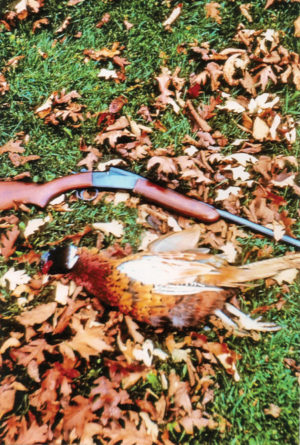 You don’t see them much anymore, but there was a time when single shot guns were part of just about every young boy’s life. When I was growing up in the 1960s, it seemed every hunter started with a single shot shotgun. I know I did and most of my buddies in those years did too.  Single shot shotguns were an economical way to introduce young boys to shooting and hunting. Also, there was the belief if you only had one shot you would learn to make it count, so starting with a single shot would eventually make you a better shooter.  When I was growing up, single shot shotguns were popular and you could find them all over. When I was 14, I started cutting grass for some of the neighbors. A large lawn, taking the better part of an afternoon, would get me $5. I saved that money for my first shotgun. Obviously, the cash flow for a young teenage grass cutter wasn’t great, so I knew the best I was going to afford was a single shot.  END_OF_DOCUMENT_TOKEN_TO_BE_REPLACED