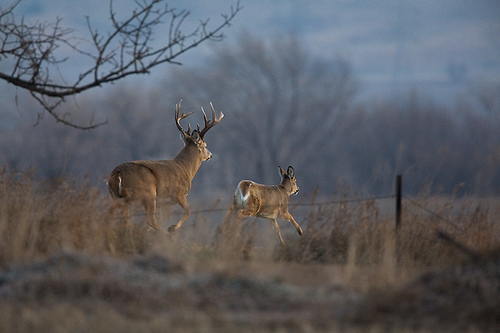 These rut hunting tips will help you know where and when to sit to kill your biggest buck yet this season.

The rut can be described as a chaotic time of the year but is best described as the BEST time of the year to be out in the woods if you’re a bowhunter. A whitetail buck only has one thing on his mind during this time and we can all use this to our benefit. Even though hunting the rut can be wild and unpredictable, there are a few things that can help you out during this season to put a big slob on the ground. Follow these Rut Hunting Tips to have your best season yet.

One thing you need to keep in mind while hunting during the rut are transition zones between bedding areas. Bucks will be cruising these areas looking for hot does and they will be a good locations to find a buck on his feet during the day. Like any other time of the year, the wind is crucial and a mature buck will more than likely be traveling with the wind in his favor. During the seeking and chasing periods the woods can become chaotic but these types of areas should help narrow down your search for that monster. Remember that just because it’s the rut doesn’t mean that bucks don’t care if you move or if they smell you. They didn’t get mature and big by getting shot. 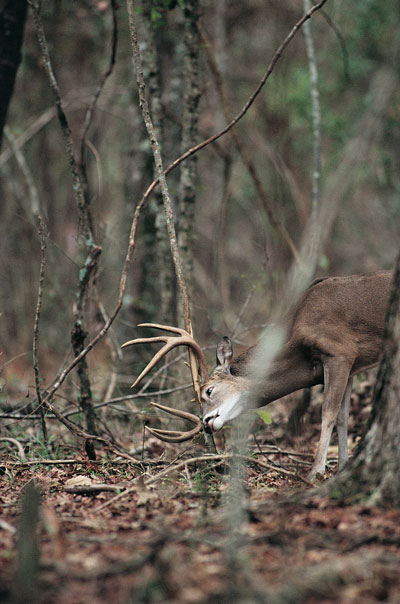 Using these proven rut hunting tactics will improve your chances on seeing more and bigger deer this rut hunting season.

During the pre-rut period, bucks will be mainly making scrapes and tearing up new areas overnight. This is their way of letting the does know they are in the area and will be back checking every now and then for does as they come into heat. It also marks a buck’s territory for other bucks to get lost. Later on, when the rut gets closer, rubs should begin to become more common. Bucks make rubs to show their dominance and once again, mark territory. I have always had good luck setting up on a hot rub line in the early parts of November and seeing some of the biggest bucks I’ve hunted. 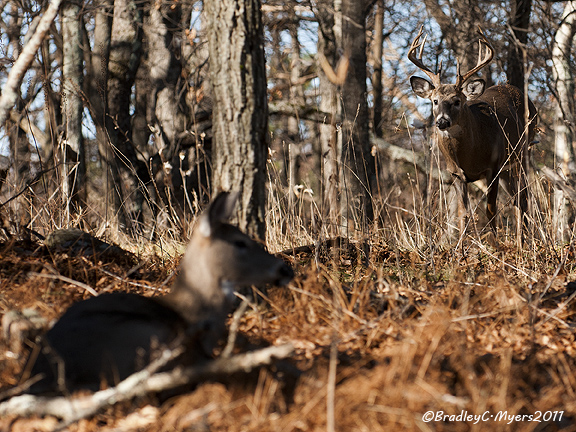 Using these rut hunting tactics will help put you in a better position to shoot a big buck.

Hunt Bucks Paired Up with Does

Once a buck pairs up with a doe he will be with her anywhere from 24-48 hours so if you think you have a hot doe in your area be prepared to hunt all day. If you see a buck with a doe in the morning, chances are he’ll be close by for the next day or two, and this could be your ticket to getting a crack at the buck you’ve been chasing all season.

These rut hunting tips are a good reminder of some proven tactics that can allow you to put a big buck on the ground this year. While the rut is undoubtedly unpredictable, these tips will help put luck in your favor.

Learn the best times to hunt the rut in 2014 here so you know when to be in the stand.