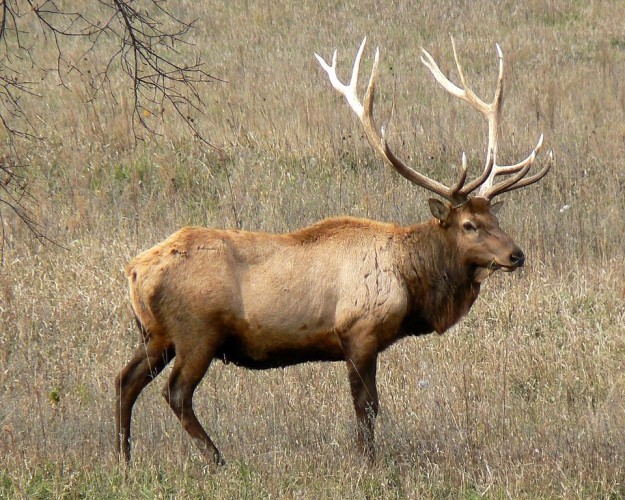 There will be no Wisconsin elk hunt in 2014 due to the herd being too small and fragile according to wildlife officials. The announcement is another delay in the management plan that went into effect a decade ago. The laws in Wisconsin prohibit elk hunting until the herd surpasses 200 animals, but car accidents, and bear and wolf kills have deteriorated the herd. The elk population in Wisconsin is estimated to be at about 175 animals this spring after calving.  DNR biologists were hopeful that the herd would be at 200 animals this year, but according to Kevin Wallenfang, the state’s big game ecologist, the herd is just not at that level yet and there will only be animals lost after calving.

In the 1800’s elk were wild in the state of Wisconsin, but the diminishment of habitat as prairies became farmland and unregulated hunting destroyed the herd. UW Stevens Point faculty and students helped establish a plan to grow an elk herd in Wisconsin and released 25 elk in Clam Lake in Ashland County. The plan was to grow the herd to 1,400 elk and establish a herd of 390 in Jackson County. The plan was established in 2000, and has really struggled due to CWD and other factors. Clam Lake, Wisconsin does not have a large habitat of young aspen trees, which elk love to eat. Wolves and bears have also kept the numbers down as have car collisions. The herd in Jackson County was put on hold in 2002 due to laws and regulations forbidding it with the rise of Chronic Wasting Disease. There is new hope though. 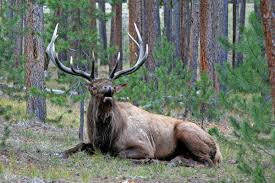 A new elk management plan is in place in Wisconsin, which will bring in elk from other states such as Kentucky to grow the herd.

This past December, the state Natural Resources Board adopted a revised elk management plan that will call to import 275 elk, possibly from Kentucky. This will happen over a 3 to 5 year period, but the earliest the elk would arrive is in 2015. The effort would only cost $560,000 but has already had many pledges to cover the cost including the Rocky Mountain Elk Foundation, the Jackson County Wildlife Fund, and the Ho-Chunk tribe. While hunters in the state are disappointed, it’s understandable not to hunt the elk until there is a sustainable herd. Hopefully in our lifetime we’ll be able to see a huntable elk herd in Wisconsin similar to that of Michigan. The only hope after that is drawing the long shot tags. What do you think of elk hunting in Wisconsin? Would you be interested? Let us know and show us your elk in other states! Dont miss more Outdoor News updates here every week.