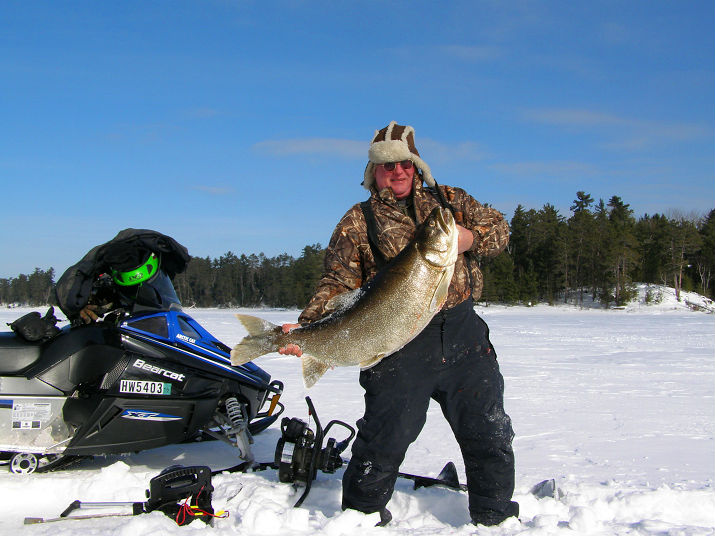 Rob Scott caught this massive lake trout on Lac la Croix in Minnesota. The 52 pound fish will be the new world record lake trout caught through the ice

Several weeks ago we posted a video of a gigantic lake trout caught ice fishing, and it looked like that fish would be a tough one for the 2014 season to beat. Well, not so fast. A Minnesota fisherman named Rob Scott fishing on Lac La Croix recently watched his tip up spool spin furiously and after a long hard fight, at the end of the line was  a 45 inch long, 52 pound 3 ounce Monster Lake Trout.

The current world record lake trout caught through the ice is 40 pounds, so it is safe to say that this one will blow away the current world record. Scott was fishing in an out of the way spot on Lac La Croix in 55 feet of water with a dead shiner a foot off the bottom when his tip up flag shot up. He battled the fish in the deep water for a half hour at first, trying to get it to come up to the top. Another 15 minutes of fighting was enough to bring the fish into shallower water, where he gaffed it through the jaw.

“Nothing in my trout vocabulary had ‘release’ in it,” Scott said. Lucky for him he didn’t release it, because now he has a shot at making the World Record books. 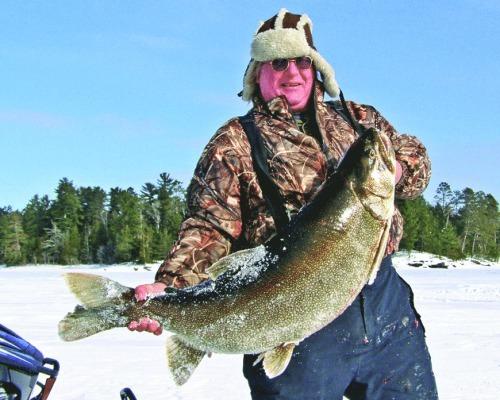 Minnesota has consistently produced giant fish, but this year seems to be a great year for big lakers. Send us your fishing photos and stories to share with the world by emailing PJ@MorningMoss.com.