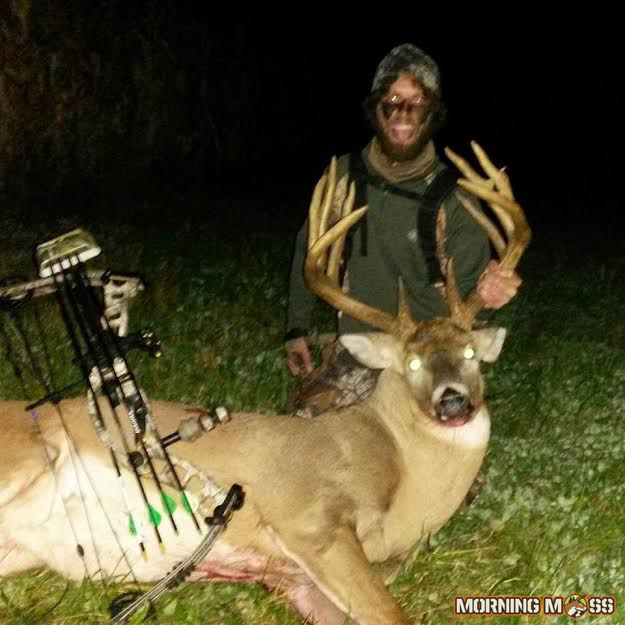 Brian Sayre shot this big buck in Southern Wisconsin with his bow. It’s his first buck ever shot!

Sometimes there are amazing stories about hunting and this is one of them. Brian Sayre, from Edgerton, Wisconsin was able to kill his first buck ever with any weapon this past weekend. This buck was not just an ordinary buck though, it was massive AND he shot it with a bow. Brian shot it on October 24, 2014 in Southern Wisconsin and said that he’d been watching this buck for several years.

Brian said that putting a lot of hours in the stand and waiting for the right opportunity finally paid off for him and he couldn’t be happier. This thing is a real trophy and is a big Wisconsin slob.

Congratulations to Brian and hopefully there’ll be many more to come.