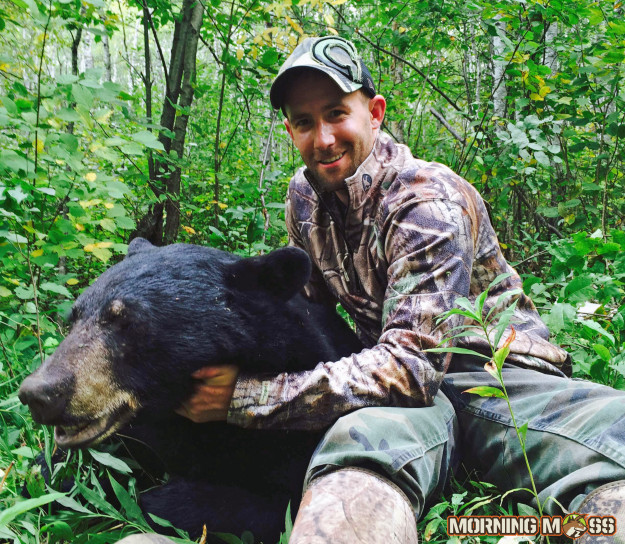 PJ Cashman shot this 310 pound boar on his first ever Wisconsin bear hunt in Washburn, WI in Bayfield, County.

Last week I was lucky enough to go on a hunt that I’ve been looking forward to for a very long time, my first Wisconsin bear hunt. Wisconsin is a tough state to bear hunt due to the wait that you must have to draw a tag. I applied for points for 7 years before finally being able to draw my tag in Zone D and was extremely excited to hunt an animal that I’ve rarely ever seen. 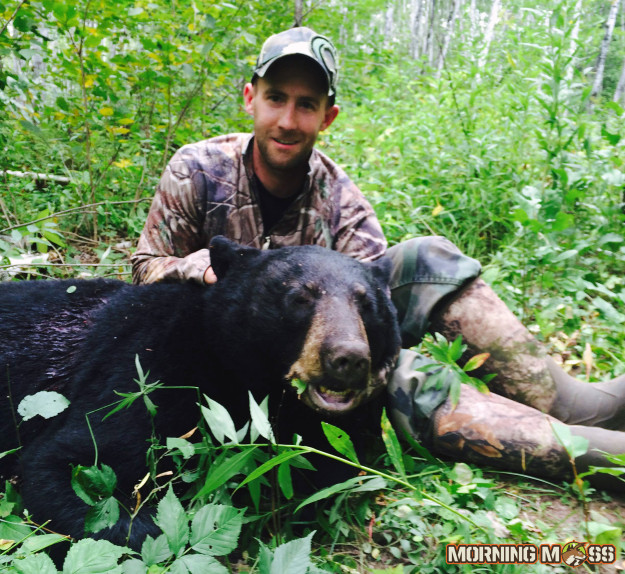 This big boar wandered into the bait around 2:30 pm on an extremely warm September day.

My only experience with bears have been on two different occasions, one being last week in Wyoming. I had only come across them in Alaska and in Wyoming, both in National Parks, so I wasn’t sure what to expect. I did a ton of research trying to learn more about them and mainly, how to judge their size, but the guys at Northern Wisconsin Outfitters helped more than anything. 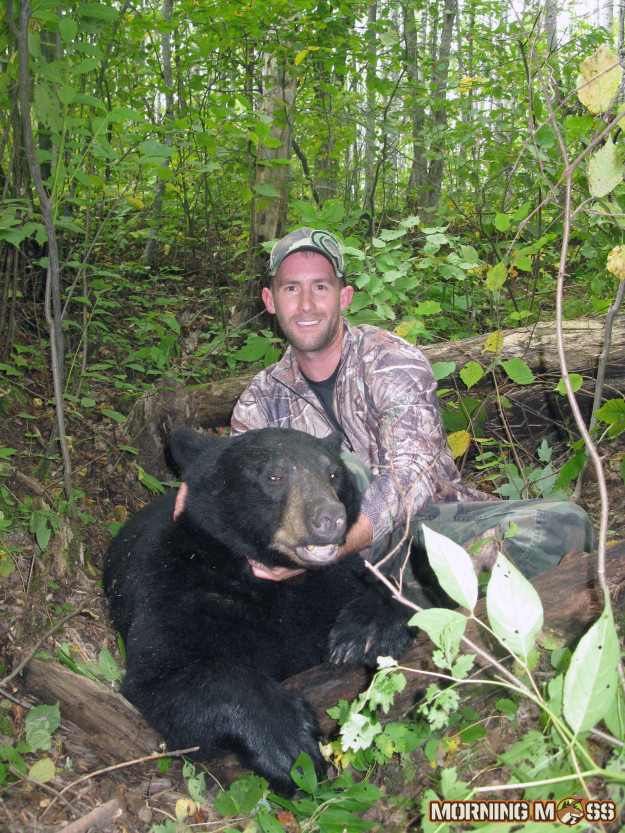 Northern Wisconsin Outfitters was the outfitter that helped kill this giant boar.

This year, the dogs ran first in Wisconsin. This means that hound hunters get to bear hunt the first week and then bait hunters can hunt the next. My hunt started on September 16 and I was lucky enough to be able to go with a good friend as well. 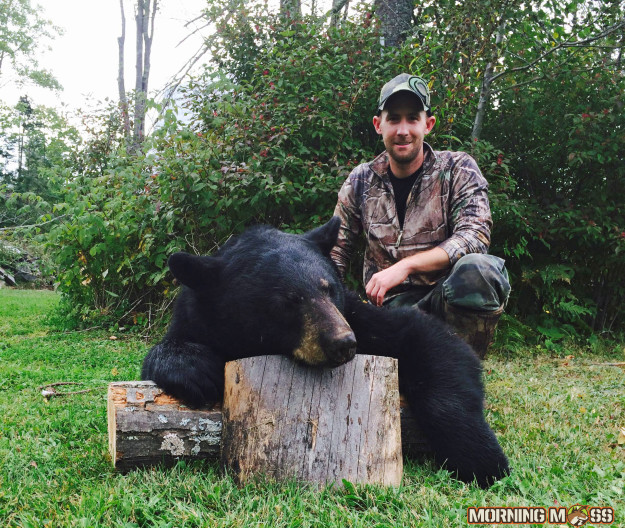 The big boar shown in this photo was shot in Bayfield County Wisconsin near Washburn on the shores of Lake Superior.

We hunted in Bayfield, County near Washburn, Wisconsin. We were able to stay in a great lodge with tons of deer mounts, elk mounts, a fire pit and even a pond. It was quite the setup. 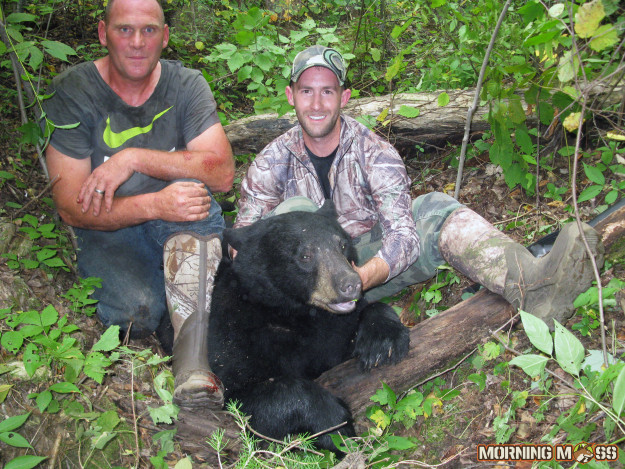 Northern Wisconsin Outfitters was a great hunting experience. Pictured above left is Robert Haas, the new owner of NWO. Robert helped me haul my bear out, baited the stands and was fun to track bears with. He doesn’t smile much, but his co-guide Jay sure does.

My experience with Mike Foss and new owner, Robert Haas of Northern Wisconsin Outfitters was great. They showed us where to bait the first day and then after that we drove, baited and hunted these stands. There were almost 20 hunters in camp and everyone saw bears and had a shot at one. 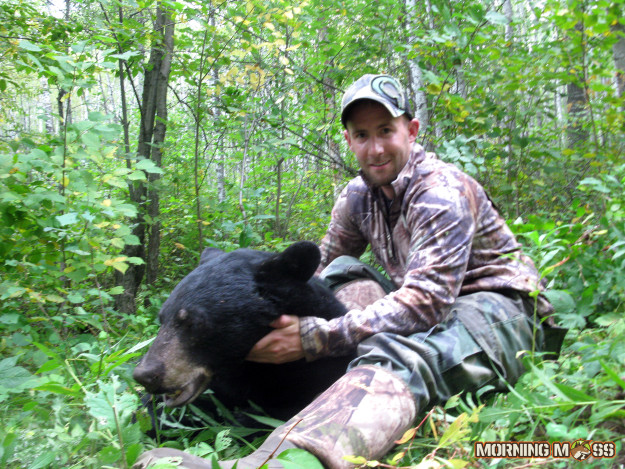 The head on this big boar was really big and I’m looking forward to seeing the mount and skull.

The bear that I shot 20 minutes into my hunt was a big boar. I wasn’t sure whether or not it was large enough to shoot, but the fat rolls on it convinced me. The big bear weighed in at 310 pounds and had a monster head on it. It was a really exciting time and I feel very lucky to have shot an animal of this caliber. 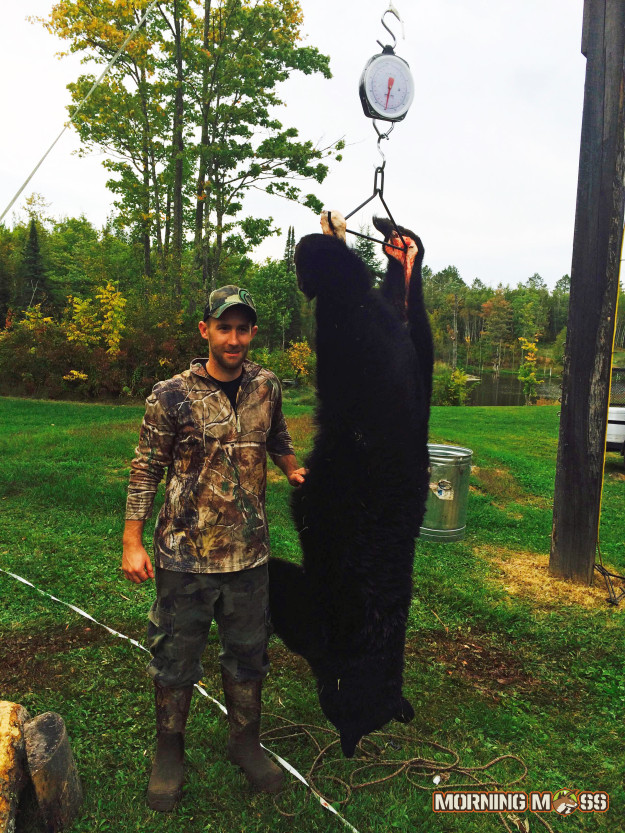 From nose to tail, the bear was six and a half feet long. Standing on it’s legs, it’d be much longer than that.

With a camp-like atmosphere, some close calls with other bears while tracking bears and an awesome hunt, I couldn’t have asked for a better week. There will be more to come on Wisconsin bear hunting stories, but if you’re looking for a great Wisconsin black bear hunt, try out Northern Wisconsin Outfitters.

We’d love to see your successful hunt photos and stories here on MorningMoss, so please, be sure to send them in here.